In this Geography and English experience the children were finding out about transport in the local area and the issues we have with parking by the school. 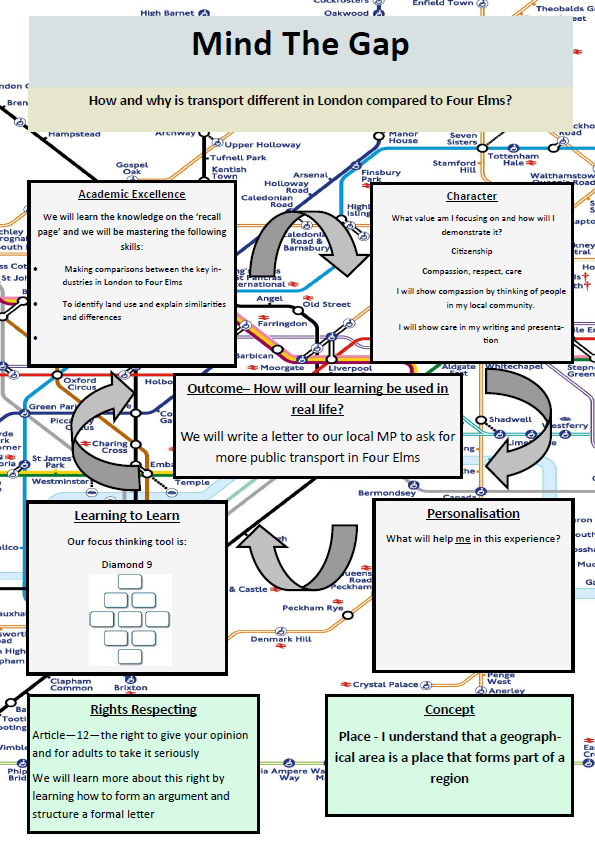 The children found out that of the 110 pupils that attend our school 87 children travel to school by car as many feel they don't have any other options. We discussed the need for better pavements and maybe some cycle lanes. The children also shockingly found out that there is only one bus that services Four Elms and this bus comes no more than three times a day, with some days the bus running no more than once, if even at all. The children were shocked by this and many felt that if better transport was available they would use it.

Not only did the children find out about our local transport, they also found out about the terrible parking issues we have around the school due to the lack of parking spaces. The children discussed the dangers of the parking and how it leads to many people having to walk in the road as cars are parked on the pavements. They also discussed the fact that it can be unfair on the people who live by the school as it can restrict access to the houses.

Once the children had found out this information they wrote their own letters to Thomas Tugendhat who after some research we found out is our local MP. In these letters the children detailed their concerns.

Here are some of our letters: 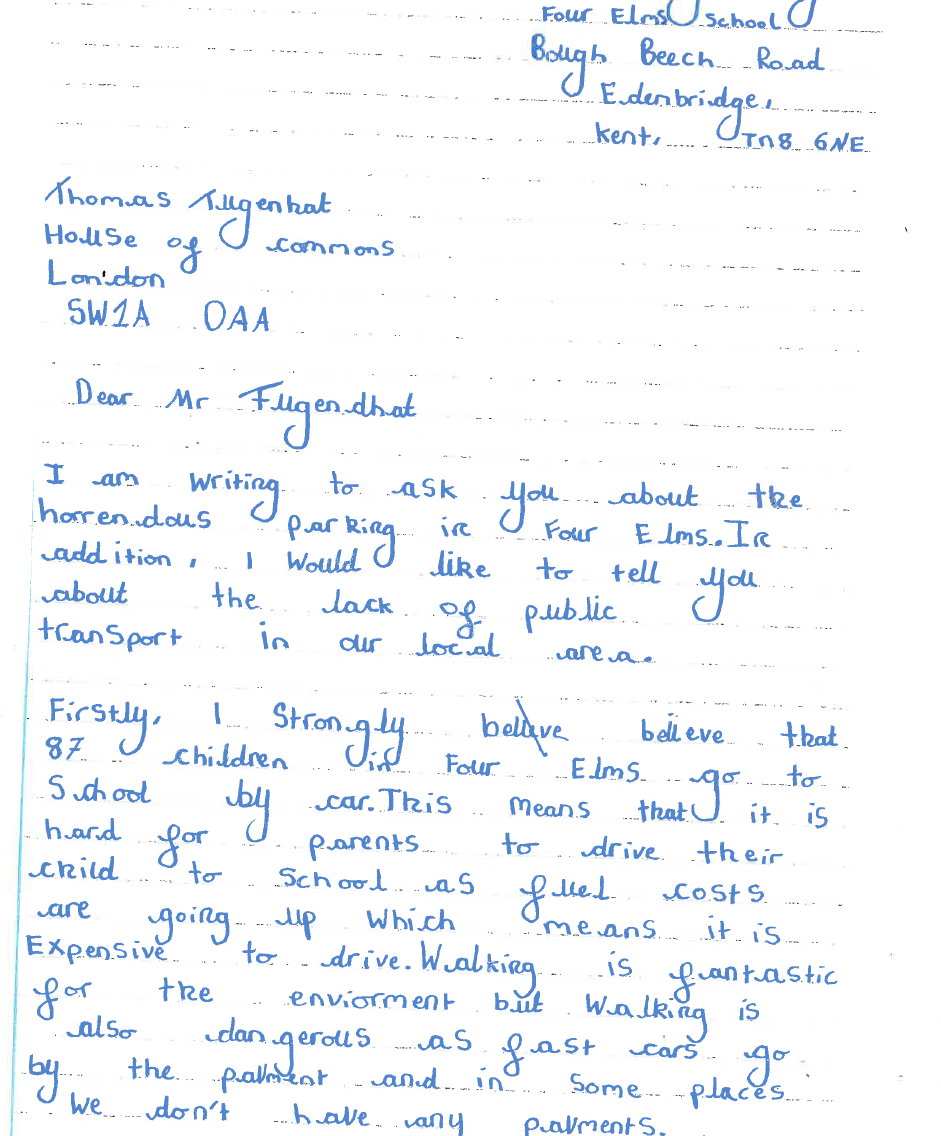 We were very lucky that Mr Tugendhat responded to us! 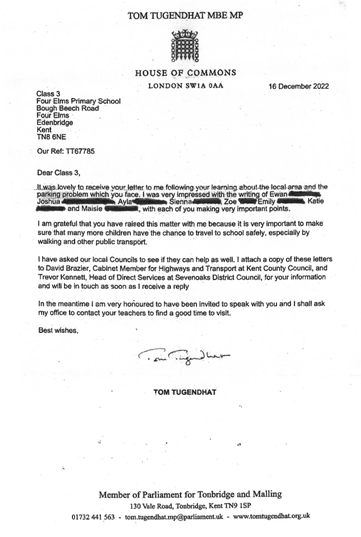